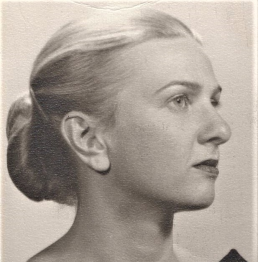 Shirley D.T. Smith, 101, passed away on October 1, 2022 in Lititz, PA.
Born in Manasquan, NJ, she was the daughter of the late Roy and Ruth (Matthews) Thomson.
She was the wife of the late Ralph E. Smith, until the time of his passing in 1981.
Shirley proudly served in the United States Army during WWII, married Ralph and moved from New Jersey to Rutland, Vermont. There, she taught history and government at Rutland Junior and Senior High Schools for 30 years. She was a member of Grace Congregational UCC Church and was often a featured soloist in the church choir. After moving to Cape Cod, MA, she opened Smith Antiques, in Brewster and was active in the Massachusetts Antique Dealers Association. In addition, she was a member of the Federated Church of Orleans in Orleans, MA, where she founded the Social Justice Committee. She volunteered with “Meals on Wheels”, delivering meals to AIDS patients and with “Independence House” in Hyannis, MA, providing a safe place in her home for victims of domestic violence.
She was an avid reader, studied Russian, and travelled widely, including to the then Soviet Union as well as Europe and Asia. She loved classical music and could be found anywhere from Boston to Provincetown enjoying a good concert.
Friends remind us that she was ‘authentic’, had a ‘heart of gold’, and that she her ‘eventful life touched many for over a century’. She had a huge impact on those who knew her, and she will be missed.
Shirley is survived by her daughters: “BJ”, Betty Jean, widow of Elmer “Fudd” Leaman of Leola, PA, Jan Gnann of Portland, OR and Lauren Smith of Santa Fe, NM. Also surviving are her grandsons: Andrew Gnann of Reno, NV and Luke Griffin of Santa Fe, NM, her brother: Roy Thomson of St. Johnsville, NY and his wife, Sally Thomson, and her granddog: Bingo Leaman of Leola, PA.
In addition to her husband and her parents, she is predeceased by her sister: Barbara Plashke.
A memorial service will be held at a later date at the Federated Church of Orleans in Orleans, MA.
Kindly omit flowers.
Groff High Funeral Home in New Holland, PA is entrusted with the funeral arrangements.