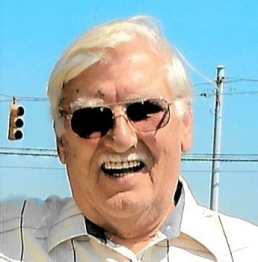 Richard D. Taylor, 86, of Narvon, passed away on June 3, 2022 at Wellspan Ephrata Hospital.
Born in West Chester, he was the son of the late George H. and Esther (Brown) Taylor.
He was the loving husband of the late Betty Jane (Devine) Weitzel Taylor until the time of her passing on July 24, 2021.
He was a faithful member of Mount Culmen Evangelical Congregation Church, where he sang in the choir. He was employed by John S. Ewell as a mechanic and truck driver for over thirty years.
Richard is survived by his children: Glen husband of Carol Taylor of Morgantown, Craig husband of Andrea Taylor of East Earl and Scott husband of Carrie Taylor of East Earl, a son in law: James Hughes, eight grandchildren, twenty-one great grandchildren and one great great grandchild. Also surviving are three stepchildren, four step grandchildren, two step great grandchildren and a brother: David Taylor of Cross Keys.
In addition to his parents and his wife, he is predeceased by a daughter: Corene Hughes and a brother: George Taylor.
A funeral service will be held on Monday June 13, 2022 at 11:00 AM at Groff High Funeral Home, 145 W Main Street, New Holland PA 17557. There will be a visitation held for one hour prior to the time of service. Interment will be held in St. Marks Episcopal Cemetery in Honey Brook.