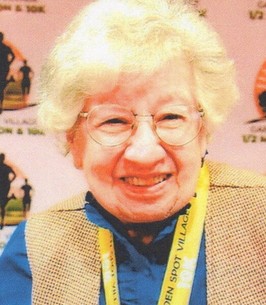 Pauline Mesropian Davis, 96, devoted wife and loving mother and a resident of Garden Spot Village, New Holland, PA passed away there on Wednesday, April 6, 2022.
Born in Philadelphia, she was the daughter of the late Charles and Anna Jazvajian Mesropian, both survivors of the Armenian Genocide of 1915. After graduating from John Bartram High School, she completed coursework at Temple University .
Pauline worked at General Electric and the Internal Revenue Service in Philadelphia before starting a family with her husband, John Clifton Davis, who died in 2009. A decade after moving to Montclair, NJ, she began working at Social Security, where she was eventually promoted to Data Review Technician. Outside of work, her main focus was on her family, whether assisting with activities in Sunday school, cub scouts and girl scouts, planning family vacations or testing new recipes. After retirement, she volunteered as a tutor, canvassed for donations and worked in the thrift shop at church.
Surviving are two daughters: Diana, wife of Randall Fischer of Lebanon County, and Sarah, wife of Edmund Dunn of New York, NY; a son, Craig of Boston, MA; 8 grandchildren, 6 great grandchildren; a sister, Diana Mesropian of New Holland; and a brother, Charles husband of Carmella Mesropian of Exton. She was predeceased by a sister, Agnes Mesropian.
A Memorial Service will be held in May in the chapel at Garden Spot Village, New Holland, PA. In lieu of flowers, contributions in Pauline’s memory may be made to the American Cancer Society, 314 Good Drive, Lancaster, PA 17603