Obituary for Paul A. Pryor 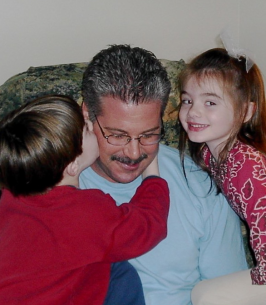 Paul Alan Pryor, recently passed away in Palm Springs, CA. Paul was born to Donald and Lucy Pryor on December 22, 1961 in Coatesville, PA.
Paul attended Coatesville schools where he played multiple sports and graduated from Coatesville Area High School (CASH) in 1980. He continued his love of athletics by playing baseball at Lock Haven University (PA) and graduated with a bachelor’s degree in physical education in 1984.
Paul lived much of his adult life in Palm Springs, where he was self-employed and established a career as a respected personal trainer, where he even trained a former MLB MVP.
Paul had a gregarious personality, and he could light up a room with his humor and charm. One family member summed up his temperament well by saying, “Paul was just cool”. Paul also had a love for family, animals, and music.
Paul is survived by his father, Don, and his mother, Lucy, of New Holland, PA. He is also survived by his brother, David, of New Holland, his sister, Elaine (and Bob) Wapinsky, of Frackville, PA, his sister, Diane (and Thomas) Dowlin, of Newtown Square, PA, his brother, Don (and Gwenda), of Bath, ME, and several cousins, nieces, and nephews.
Most of all, his family is grateful that Paul knows the Lord Jesus Christ, and are looking forward to seeing him again, because he is greatly missed.
A public memorial service will be held at 1:00 PM on April 22nd at Groff-High Funeral Home in New Holland, PA