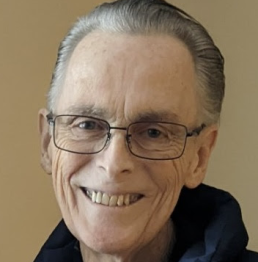 Paul W. Duncan, 73, of Leola, died peacefully on Sunday, July 3, 2022, at his home, in the presence of family. His wife, Evie (Horst) Duncan survives. They would have celebrated their 49th wedding anniversary on August 25.

Born in Washington, D. C., he was the son of the late William Earl and Flossie Pearl (Waits) Duncan, but he spent the majority of his childhood in the Harrisonburg/Staunton areas of Virginia. It was here that his family joined a Mennonite church after the death of his father when Paul was 4 years old.

Paul was a cabinet maker and spent the majority of his career working for Heritage Custom Kitchens. He also loved spending his time in his home wood shop, building and restoring everything from antique furniture to acoustic guitars. Music was also a significant lifelong passion. He loved playing guitar and singing, and he sang in a variety of musical groups throughout his life. He also enjoyed four-wheeling, fishing, spending time at the mountains, and going to the beach.

While serving in 1-W service in Phoenix, AZ, he met the love of his life, Evie, and also realized his passion for the desert landscapes of the Southwest, where he would return many times throughout his life.

Paul was a longtime member of the Worship Center, where he was active in the music ministry for many years.

A memorial service will be held on Monday, July 11, 2022, at 11 a.m. at the Worship Center, 2384 New Holland Pike, Lancaster, PA 17601. The family will receive friends at the church on Monday from 10 – 11 a.m. A livestream of the service will be available at www.worshipcenter.org/funeral/. Interment was private at Groffdale Mennonite Cemetery. In lieu of flowers, contributions in Paul’s memory may be made to the Worship Center Missions Program, address above. The Groff-High Funeral Home, New Holland is in charge of arrangements. Online condolences may be posted at www.groffeckenroth.com.