To share your memory on the wall of Mark Keller, sign in using one of the following options:

To send flowers to the family or plant a tree in memory of Mark Douglas Keller, please visit our Heartfelt Sympathies Store.

Receive notifications about information and event scheduling for Mark

We encourage you to share your most beloved memories of Mark here, so that the family and other loved ones can always see it. You can upload cherished photographs, or share your favorite stories, and can even comment on those shared by others.

Posted Dec 23, 2020 at 10:19am
Dear Family,
I have never met Mark, but I was so moved by his obituary that I wanted to thank you for telling us about such a wonderful man. He had lived his life in serving his family, his country, and his Lord and Savior, Jesus Christ. He loved hard and was loved hard in return.
May the Lord bless you and give comfort in your difficult times away from the one you love so dearly. Someday, you will see Mark, and he will be there to welcome you into Heaven, where you may together serve and rejoice in the Lord with joy unspeakable and full of glory. Love to you all, Donna Barnes
Comment Share
Share via:
HS

Posted Dec 17, 2020 at 09:54am
In loving memory of my lifelong friend Mark Keller. Mark was an intelligent and gifted person and a loyal and caring friend who will be greatly missed

Posted Dec 16, 2020 at 07:13pm
Mark and I lined up alphabetically in the PT Mat room, so we became VERY familiar with each other practicing search techniques. He would tell me about physical therapy work he did back in the day. Super nice guy.
Comment Share
Share via:

Posted Dec 16, 2020 at 02:35pm
Mark and I experienced a few hair-raising nights on the river. I was lucky enough to train him as both a Range officer and Firearms Instructor. I remember Mark was diligent, controlled and deliberate; however, if you could get him to open up, he was genuinely and surprisingly a funny guy! May he rest in peace, and I pray his family finds strength and peace. FDA3
Comment Share
Share via: 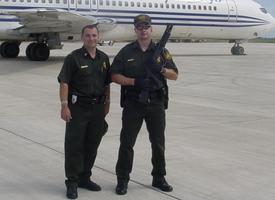 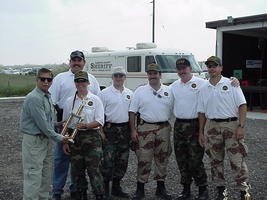