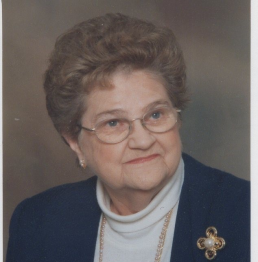 Marguerite “Peggy” Bair Musser, 95, of East Earl, died Wednesday, June 29, 2022 at Maple Farms Nursing Center in Akron.
She was the wife of the late John G. Musser who died in 1999. Born in Lancaster, she was the daughter of the late George D. and Grace Simpson Bair.
Peggy was a homemaker most of her life. She had spent 15 years working in the gift shop at Shady Maple, and earlier in life had spent some time working at the Post Office and being a census taker. For 10 years she and John had lived in Shirleysburg, PA where John had managed the Agape Farm Campground and Retreat Center. She was baptized at Cedar Grove Presbyterian Church in 1933, joined the church in 1941 and was ordained a deacon in 1995. She enjoyed reading, Word Search and jigsaw puzzles, flower gardening and spending time with her family.
Surviving are two daughters, Dorothy A. wife of the late Barry Auker of New Holland, and Nancy M. wife of Bruce Larson of Harrisburg; two sons, John Michael husband of Kathy A. Musser of New Holland, and Stephen B. husband of Debra Ricciardi-Musser of Davie, FL; three grandchildren, three great grandchildren, two step granddaughters and four step great grandchildren; four brothers, John R. husband of Doris Bair of Leola, C. William husband of Darlene Bair of Lititz, Franklin D. husband of Laverne Bair of Leola, and Robert S. husband of Joan Bair of Marlton, NJ; two sisters, Jean F. Styer of Denver, and Grace A. wife of William Sprecher of Ephrata. She was preceded in death by siblings George and Marian Bair.
A Memorial Service will be held on Thursday, July 7, at 2:00 P.M. at the Cedar Grove Presbyterian Church, 4833 Division Highway, East Earl, PA. The family will greet friends following the service. In lieu of flowers, contributions in her memory may be made to Cedar Grove Presbyterian Church. To send an online condolence to the family, visit www.GroffEckenroth.com Arrangements by the Groff High Funeral Home, New Holland, PA