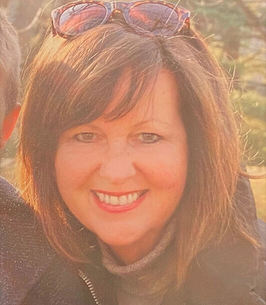 Lucinda Jane (Walter) Martin entered into eternal rest on Friday, June 24, 2022 after a long,
private, and courageous battle with cancer. Born in 1958, she was the daughter of the late Rev.
Paul F. Walter & Marie E. (Shellhammer) Walter of New Holland, whom she loved dearly and
missed deeply.
A lifelong resident of Eastern Lancaster County, Lucinda graduated from Garden Spot High
School in 1976, where she forged many close and enduring friendships. In 1975, during a high
school production of “The Music Man,” Lucinda met Everett Nelson Martin, with whom she
celebrated 45 years of marriage just a few days ago. Together, they raised four
children—Hillary Anne Martin of Lancaster, Joshua Paul Adam Martin of New Holland,
Meredith Jane Martin of Terre Hill, and Vanessa Leigh (Martin) Park, married to Sean Park, of
Lancaster.
A devoted wife, loving mother, and doting grandmother to Daniel, Allison, and Caroline,
Lucinda’s greatest joy was her family. She worked as a homemaker and caretaker for her mother
and grandmother for many years, and she relished every opportunity to create special moments
for her family and friends. She had a unique gift for making things beautiful and for sharing that
beauty with others.
She enjoyed traveling with her family and cherished many happy memories of vacations on Cape
Cod, long weekends in Colonial Williamsburg, annual visits to Saratoga, childhood summers
spent on Lake Winola, and visiting her extended family “up home” in Schuylkill County.
A lifelong member of Trinity Lutheran Church in New Holland, Lucinda was a woman of deep
and steadfast Christian faith. More than anything, it was her faith that sustained her throughout
her life. Because of this, we do not mourn as those who have no hope (1 Thes. 4:13), but we
eagerly await the day when we will be with her again in eternity. We are comforted in the
knowledge that she has already been reunited with her loving parents, grandparents, aunts and
uncles, a dear niece, and other loved ones whom she carried in her heart for so many years.
In addition to her husband, children, and grandchildren, Lucinda is survived by her brother Paul
F. Walter, Jr. (Yvonne) of Wernersville, sister Kathleen M. Hartman of Lititz, and brother Robert
C. Walter (Dorothy Merritts) of Lancaster, as well as beloved cousins, nieces, nephews, and
many caring brothers- and sisters-in-law.
Family and friends are invited to pay their respects on Tuesday, June 28 from 6:00pm-8:00pm at
Trinity Lutheran Church (221 E Main St, New Holland). A funeral service will be held on
Wednesday, June 29 at 2:00pm, also at Trinity Lutheran Church.
In lieu of flowers, donations may be made to Hospice of Lancaster County or to the Music Fund
of Trinity Lutheran Church.