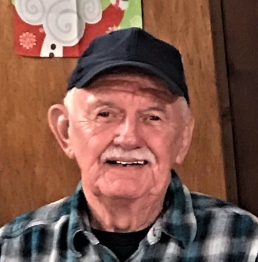 LeRoy C. Souden, 76, of Narvon, passed away on February 21, 2022 at Wellspan York Hospital.
Born in Honey Brook, he was the son of the late LeRoy and Margaret (DeHaven) Souden.
He was the loving husband of Patsy M. (Diem) Souden with whom he shared twenty-eight years of marriage.
LeRoy was employed by Lukens Steel Company for thirty-one years as a mechanic. He was a member of the United Steel Workers. He enjoyed working on his red Dodge pickup truck, attending car shows, collecting model tractor trailers and watching the Eagles and Phillies games.
In addition to his wife, he is survived by his daughters; Lisa M. wife of Rich Kurtz, Melissa J. wife of Matt Shriver and Jamie Lynn wife of Dave J. Rice Sr., grandchildren; Tyler Marx fiancé of Layla McEldorney, Amber Shriver significant other of AJ Fairchild, Ashley Shriver, Derek Kurtz and Davey J. Rice Jr. and a great grandson; Wyatt Marx. Also surviving are siblings; Mike husband of Karen Souden and Irene Blake.
In addition to his parents, he is predeceased by three siblings.
Funeral services will be held private at the convenience of the family.
Groff High Funeral Home in New Holland is entrusted with the funeral arrangements.