To share your memory on the wall of John Klejnowski, sign in using one of the following options:

Provide comfort for the family by sending flowers or planting a tree in memory of John Klejnowski.

Provide comfort for the family of John Klejnowski with a meaningful gesture of sympathy.

Born in Coatesville, he was the son of Joseph M. Klejnowski and Constance (Warden) Noel.

John grew up in the Christiana and New H... Read More
John Edward Klejnowski, 31, of New Holland, died unexpectedly at his home on March 22, 2021.

Born in Coatesville, he was the son of Joseph M. Klejnowski and Constance (Warden) Noel.

John grew up in the Christiana and New Holland areas. After graduation in 2007 from Garden Spot High School, he served in the United States Marine Corps for five years of active duty and three years non-active duty, attaining the rank of Sergeant. He was stationed at Camp Lejeune, NC, Dam Neck, VA and Quantico, VA and was deployed to Afghanistan, Helman Province AFG and Kandahar Province AFG. After his Marine service, he was employed as a private contractor where he was seriously injured and sent home to his family as a disabled veteran.

He was preceded in death by his grandparents, his namesakes, John and Alverta Warden and Edward and Margaret Klejnowski.

His funeral will be held on Saturday, March 27, 2021 at 11 a.m. at Petra Church, 565 Airport Rd., New Holland. A viewing will be held at the church from 9 – 11 a.m. Burial will be private at Indiantown Gap National Cemetery. If desired memorials may be sent to Service Dogs for Veterans, P. O. Box 965, Taylors, SC 29687. The Groff-High Funeral Home, New Holland is in charge of arrangements. Online condolences may be posted at www.groffeckenroth.com.

To send flowers to the family or plant a tree in memory of John Edward Klejnowski, please visit our Heartfelt Sympathies Store.
Read Less 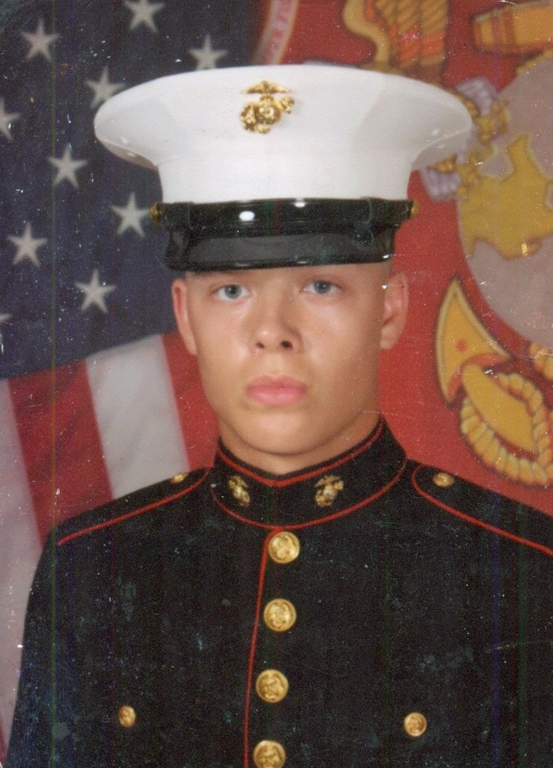 Donations are being accepted for: SERVICE DOGS FOR VETERANS.

L ove your godmother Judy and Chris sent flowers to the family of John Edward Klejnowski.
Show you care by sending flowers
Hand delivered by a local florist

L ove your godmother Judy and Chris sent flowers to the family of John Edward Klejnowski.
Show you care by sending flowers
Hand delivered by a local florist
BE

My family and I are so sorry for your loss. While words fail to truly express the pain, know that our prayers and thoughts are there to encourage you. All humans feel the sting of death but the Bible gives comfort that God promises at 1 Corinthians 15:26 “And the last enemy, death, is to be brought to nothing”. This is something that has brought me and my family solace when we've lost loved ones and we hope it encourages. Take peace and comfort. For comfort from the Bible, please visit bit.ly/Deathjworg
Comment | Share Posted Mar 30, 2021 at 01:48pm via Condolence
MR

To the Klejnowski Family,
Our thoughts and prayers are with all of you at this time. John was taken way to young. Thank you for your service to our Country. Your legacy will live on forever.

You will never be forgotten brother. Thank you for your selfless service to this country. Your legacy will live on.
Comment | Share Posted Mar 27, 2021 at 06:32am via Condolence
KE

We are so sorry for your loss, John was taken from his family & friends way too young , I’ll remember him as a shy, timid kid, I would liked to have been able to shake his hand and thank him for serving his Country and being the hero he was for all the people who love him, Connie, Jeff and family, You’re in our thoughts and prayers ❤️The Ewing Family~
Comment | Share Posted Mar 26, 2021 at 01:43pm via Condolence
HS

Please accept our most heartfelt sympathies for your loss. Our thoughts are with your family.

Flowers were purchased for the family of John Klejnowski.
Order Now | Show All
Comment | Share Posted Mar 26, 2021 at 09:31am via Floral Arrangements