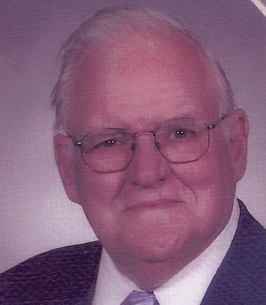 John William Harper, Sr., 88, of New Holland, passed away on Thursday, February 17, 2022 at Wellspan Ephrata Community Hospital.
He was married 65 years to Anita Thorp Harper. Born in Wilmington, DE he was the son of the late John B. and Mary Miller Harper.
John had worked for many years at the General Motors Plant in New Castle, DE. He had served in the U.S. Navy during the Korean Conflict. John was a member of Ranck’s United Methodist Church in New Holland, the American Legion, the Concord Lodge F&AM, and the Korean War Veteran’s Association. He had enjoyed being a Boy Scout leader, fishing, hunting, woodworking and model trains.
Surviving besides his wife is a son, John W. husband of Reba Harper of East Earl, PA; a daughter, Joanne wife of Mark Lusignea of Schnecksville, PA; four grandchildren and four great grandchildren.
A Private Service will be held at the convenience of the family in the Indiantown Gap National Cemetery. A Viewing will be held at the Groff High Funeral Home, 145 W. Main St., New Holland, PA on Thursday evening, February 24th from 5:00 to 7:00 P.M. In lieu of flowers, contributions in Mr. Harper’s memory may be made to Masonic Charities of PA, Office of Gifts Planning, 1 Masonic Drive, Elizabethtown, PA 17022.