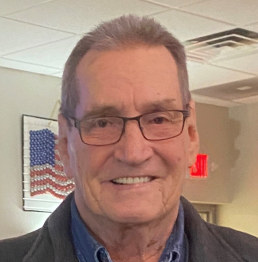 James E. “Pete” Lester, 79, of Denver, died peacefully surrounded by his family Friday, October 15, 2022, at Lancaster General Hospital.
Born in Charlottesville, VA, he was the son of the late Homer Lee and Elizabeth (Main) Lester.
Pete was employed as a Senior electrical estimator with Lancaster Electric until his retirement.
He served in the Navy during Vietnam. Returning stateside, he became involved with the Conestoga Post #662, American Legion, New Holland, serving as a post Commander.
He enjoyed reading, fishing, horse racing and golf. His favorite teams were the Philadelphia Phillies, Eagles and Tennessee Titans..
Surviving are two daughters: Tammi Columbo, Reading and Julie Lester, Bowmansville, two grandsons, Dustin and Austin Lester and three great grandsons, Logan, Ethan and Karl Lester.
Preceding him in death was his wife, Judith A. (McClure) Lester, his twin brother, George H. Lester and a sister Dorothy Weller.
A graveside service with military honors will be held at 10:00 a.m., Saturday, October 29, 2022, at Ranck’s United Methodist Cemetery, 700 Ranck Rd., New Holland. If desired, memorial contributions may be made to the American Lung Association or a veteran’s charity of one’s choice. The Groff-High Funeral Home, New Holland is in charge of arrangements. Online condolences may be posted at www.groffeckenroth.com.
Pete was loved by many and will be missed dearly by all who knew him.