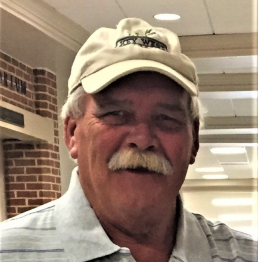 Jr. Crocket, Howell L. Crockett Jr., 71, of Kinzers, passed away on June 18, 2022 after a short stay at Hospice & Community Care in Mount Joy.
Born in Murfreesboro, TN, he was the son of the late Howell L. Crockett Sr. and Josephine J. (Taylor) Crockett.
He was the loving husband of Phyllis D. (Deibert) Crockett, with whom he married on March 31, 1983 and shared thirty nine loving years of marriage.
Jr. proudly served his country in the United States Army, serving two terms during the Vietnam War. He was employed as an Amish taxi driver, a plumber and a truck driver. He was a member of the Elks Lodge #1933 in Ephrata. He attended pool leagues, playing softball, hunting, fishing, spending time with family and hanging with friends new and old at Shooters in New Holland.
In addition to his wife, Jr. is surviving by his children: Lisa wife of Jebb McGinnis of New Holland, Richard husband of Melisa Crockett of TN, James husband of Marie Crockett of TN, Dawn wife of Doug Mendl of TN and Deana Warner of TN, seventeen grandchildren and several great grandchildren. Also surviving are his sisters: Janice Lou wife of Pat Brennan, Sandra Kay Crockett and Lisa Lynn McCullough.
In addition to his parents, he is predeceased by his siblings: Connie Marie Crockett, Bobbie Yinger and Brenda Crockett.
Services will be held at a later date at the convenience of the family.
Groff High Funeral Home in New Holland is entrusted with the funeral arrangements.