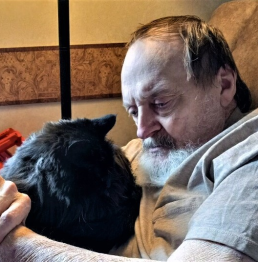 Herman D. MacKenzie Jr., 80, of New Holland, passed away on November 1, 2022 at Wellspan Ephrata Hospital.
Born in Gardiner, ME, he was the son of the late Herman D. MacKenzie Sr. and Eloise (Ellingwood) Mowday.
He was the loving husband of the late Sharon L. (Clevenstine) MacKenzie, with whom he was married to for fifty-six years until the time of her passing on August 3, 2020.
He was employed as a mechanic for the railroad for thirty years. He enjoyed crabbing, fishing and hunting. He also enjoyed spending time with his grandchildren, great grandchildren and his cat “Spook”.
Herman is survived by his children: April (Roger) Krantz, Lori (Scott) Ravegum, Daisy MacKenzie (Richard Horst) and Avery (Alicia) MacKenzie, thirteen grandchildren, eleven great grandchildren and a brother: Kenneth (Lois) MacKenzie.
A celebration of life will be held at a later date at the convenience of the family.
Groff High Funeral Home in New Holland is entrusted with the funeral arrangements.