To share your memory on the wall of Helen McCarrell, sign in using one of the following options:

To send flowers to the family or plant a tree in memory of Helen J. "Nickie" McCarrell, please visit our Heartfelt Sympathies Store.

Receive notifications about information and event scheduling for Helen

Print
Service will be private at the convenience of the family

We encourage you to share your most beloved memories of Helen here, so that the family and other loved ones can always see it. You can upload cherished photographs, or share your favorite stories, and can even comment on those shared by others.

Posted Nov 24, 2020 at 10:08pm
Dear Mary Jo, Beth and Jeannie,
We were thinking of you today. Our family plot is filling up but we have much to look forward to at our grand reunion. I remember your house in Wheaton ( the ladies that bought the house from your folks moved to Michigan and attended our church ) and a visit to Colts Neck as well. Always enjoyed times with your folks - though few and far between - they always made us feel welcomed and loved. We send our love and prayers. Dean and Peggy
Comment Share
Share via:
MF

Posted Nov 21, 2020 at 07:47am
To Beth, Mary Jo and Jeannie, Thoughts and prayers for you at this time to comfort you and bring memories of the warm and happy times with your mom. I remember her, and how pleasant she was, and how she was able to always make people feel welcome at church and when visiting your home. She often surprised me with her quiet funny comments and laugh. The way she and your father welcomed us to Lincroft Bible Church is one of the reasons we joined. A remarkable woman, who we are blessed and grace to have know.
Comment Share
Share via:
LS

Posted Nov 20, 2020 at 11:49am
Dear Mary Jo, Beth, and Jeannie, I remember Nikkie and Jim McCarrell so well! I was a new believer in 1977. I met them at Lincroft Bible Church. And there I was introduced to their wonderful hospitality through the Meet and Greet fellowships on Sunday evenings. They were warm, humble, upright people with a dry sense of humor. I was blessed to be included in your family's circle for a time.
May the memories you shared as you cared for your mom these last years help to lighten the cloak of mourning. We know that she with your father and other relatives are sharing in the light and joy of our Saviour now. Blessing to you as you remember a life well-lived.

Posted Nov 19, 2020 at 12:39pm
Dear McCarrell family,
Our deepest condolences as you are grappling with your loss. Please know that we earnestly think and pray for those whom have lost loved ones. This loss is not natural, nor is it part of God's original purpose. Nickie is now in the safest possible place and waits to say the words at 1 Corinthians 15:55 "Death, where is your victory? Death, where is your sting?" Trust that your pain is not overlooked and that we all look forward to a time when death will be no more. (Revelation 21:4) The scriptures have been provided to give comfort and show us what Gods loving plan is for those who enter rest. Take peace. For comfort from the Bible, please visit bit.ly/Deathjworg
Comment Share
Share via: 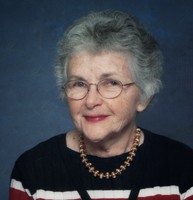