To share your memory on the wall of Harry Meck, sign in using one of the following options:

Fritz was an avid boater and fisherman. He loved the outdoors. He enjoyed upland hunting with his friends and dogs. He also enjoyed shooting trap and going to auctions with his many friends.

His passion by far was duck hunting, decoys and fox shotguns. Duck season was enjoyed on the eastern shore of Maryland in a small two-story frame house known as the Duck Shack, surrounded by his many buddies and his wife. Scotch often made an appearance here.

Fritz is a member of the American Legion in Havre de Grace, the Penn Dutch Sportsmen’s Club, The Upper Bay Museum in North East, MD, the NRA, the Fox Collectors Association, and Delta Water Fowl.
Nobody loved a family more than Fritz loved his. He was always available to lend a hand. Fritz loved spending time with his grandchildren.

Fritz will be missed by his community and friends, but mostly by his children, grandchildren and his wife.

Surviving besides his wife are three daughters, Reva Gwinn Logue wife of Thom Logue of Denver, Sheila Meck Arment, wife of Tim Arment of New Holland, and Alicia Ranck Sweigart of Goodville; a son, Paul Ranck husband of Amy of Marion Station, MD, 7 Grandchildren and 5 Great Grandchildren. He was preceded in death by a brother, Richard Meck.

His service will be held at Indiantown Gap with full honors, which he so deserves.
Read Less

Receive notifications about information and event scheduling for Harry

There are no events scheduled. You can still show your support by sending flowers directly to the family, or planting a memorial tree in memory of Harry Frederick "Fritz" Meck.
Plant a Tree

We encourage you to share your most beloved memories of Harry here, so that the family and other loved ones can always see it. You can upload cherished photographs, or share your favorite stories, and can even comment on those shared by others.

Posted Feb 18, 2021 at 08:37am
Judy: Our sincere sympathy to you.
Bob & Betty Russell (2nd cousins)
P.S. Say HELLO to brother Rick please. Used to see him at a cruise night, but that was long ago
Comment Share
Share via:
FF

From the Kay family 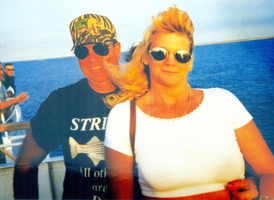 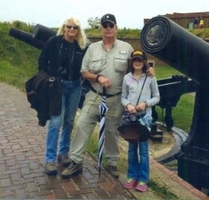 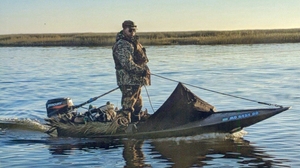