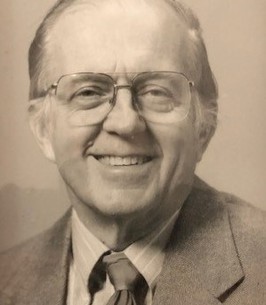 G. Guy Knickerbocker, PhD of Narvon PA, passed away peacefully on June 21, 2022 at the age of 89. He was the loving husband of 58 years of Joan Knickerbocker. He was born in Pine Plains, NY in 1932. He was the son of Henry and Maude Knickerbocker. In addition to his wife he is survived by his daughter, Carol (Knicki) Knickerbocker wife of Dustin Armstrong, his son Steven Knickerbocker husband to Jeanne Broadwell and his grandchildren Steven and Rena Armstrong, his sister Rena (Knickerbocker) Beall wife of Ollie Beall and several nieces and nephews, cousins and his beloved cat Fred.
He graduated from Catonsville High School and received his Bachelors, Masters and Doctorate from Johns Hopkins University. He is known for being one of three scientists who were instrumental in developing modern Cardio Pulmonary Resuscitation or CPR with the publication of the landmark article in the Journal of the American Medical Association in 1960. Often referred do as the Father of CPR he was also referred to as the man who “when he walks into a room, he brings peace with him.” He had the opportunity in 1963 to travel to the Soviet Union as part of a Cultural and Scientific Exchange Program. He was there for three months and became proficient in Russian and made lifelong friends. Throughout his life he published over 30 articles about electricity and the human body including several that translated Russian scientific articles into English.
In 1972, the Knickerbocker family moved to Oreland, PA where they lived for 42 years before moving to Narvon, PA. He worked at ECRI in Plymouth Meeting, PA for 30 years as a Chief scientist and Expert Witness.
After retirement he and Joan traveled and enjoyed life and family.
Always known as one to down play is many scientific accomplishments he is known among friends and family as an Amateur Radio Operator (HAM) call sign W3RJA, avid musician, music lover, private pilot, and the once a day Dad-Type Joke.
He lived at home until December 2021 when he moved into Zerbes Nursing Home where he received excellent care until his death.
He has decided to donate his body to science and a Memorial Service will be held at a later date.
In lieu of flowers, contributions in his name can be made to the Sudden Cardiac Arrest Fountation, 7500 Brooktree Road, Wexford, PA 15080 with General Support or Public Awareness Research Fund in the memo line.