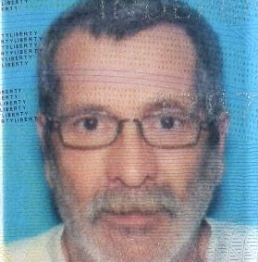 Douglas W. Hackenburg, 58, of Ephrata, passed away on July 30, 2022 in his residence.
Born in Lewistown, he was the son of the late Edward and Sue (Armstrong) Hackenburg.
He was the loving husband of Denise R. (Gill) Hackenburg, with whom he married on May 24, 1995 and shared twenty seven loving years of marriage.
Doug was a graduate of Chief Logan High School and was employed by New Holland Sales Stable for the past eleven years. He was a volunteer firefighter for West Earl Fire Company, Penargyl Fire Company and Milroy Fire Company. He enjoyed going hunting.
In addition to his wife, he is survived by his daughters: Selena M. Adams, Kirsten R. Hackenburg, Lauren Traxler and Paula McCoy.
He is predeceased by his siblings: Edward Hackenburg and Anita “Jeanie” Osborne.
Services will be held private at the convenience of the family. Inurnment will be held in Salem Lutheran Cemetery in Milroy.
Groff High Eckenroth Funeral Home in New Holland, PA is entrusted with the funeral arrangements.
Online condolences may be made at www.groffeckenroth.com