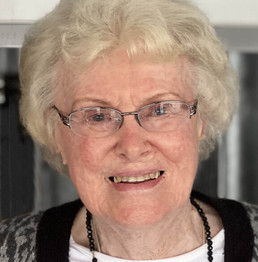 Dorothy was born Oct. 3, 1926 to John and Elsie (Sterner) Milligan in Norristown, Pa., and grew up in Jeffersonville, Pa. with younger sister Sally. Upon high school graduation in 1944, she briefly attended Drew University, but a summer job at Bell Telephone turned into 7 years as a customer representative. During that time, Dot (as she became known) met Charles (Chuck) Spencer and they married two years later. Soon they settled in Whippany, N.J. where their daughter Karen and son Glenn were born. Chuck’s career took them to Newark, Del. where they lived for 43 years until moving to Garden Spot Village in New Holland in 2008.

Her priorities were homemaking and her Christian faith, and many knew her as a patient listener and faithful friend. Long active at Evangelical Presbyterian Church of Newark, she was also a Christian Women’s Club leader. She cherished annual summer vacations to Ocean City, N.J. with her family, from early childhood until just last year.