To share your memory on the wall of Dorothy High, sign in using one of the following options:

To send flowers to the family or plant a tree in memory of Dorothy M. "Dart" High, please visit our Heartfelt Sympathies Store.

Receive notifications about information and event scheduling for Dorothy

We encourage you to share your most beloved memories of Dorothy here, so that the family and other loved ones can always see it. You can upload cherished photographs, or share your favorite stories, and can even comment on those shared by others.

Guaranteed hand delivery by a local florist
BE

Posted Nov 18, 2020 at 10:48pm
I wish to express my sincerest condolences to the friends and family of Mrs. High.
God cares about your grief and tears. One Bible writer said to God: "Do collect my tears in your skin bottle. Are they not recorded in your book?" - Psalm 56:8
Remember, while the void you feel in your heart may not disappear, with God's tender help, you can cherish you memories of Dart and you can still enjoy warm friendships and a purposeful life. And soon God will eliminate death. He wants you to be able to embrace your loved one again. Then that pain in your heart will be healed forever. The scriptures provided me and my family comfort by helping us see Gods loving plan for those who enter rest. For comfort from the Bible please visit bit.ly/Deathjworg
Comment Share
Share via:
HH

Posted Nov 12, 2020 at 12:25pm
Don, Lisa, Don, Marc, and Joel, Joanne and I were saddened to hear of Dart's passing. We have many fond memories of her at family gatherings and at church. My memories go back to when I was about twelve years when Dart, assisted with my sister, Janet, pranked me with a facetious phone call.
Comment Share
Share via:
BD

Posted Nov 11, 2020 at 03:53pm
Don and Lisa and family,
Nelson and I are sorry to hear of your loss of your sweet wife Dart and wonderful mother and grandmother. We always enjoyed her sweet spirit and her encouragement. We remember the cards she sent us over the years; thanking Nelson for his ushering, and when we lost our parents or celebrated an anniversary. We send our love and prayers. Nelson and Barb Dagen
Comment Share
Share via:
HS

Posted Nov 11, 2020 at 10:46am
Lisa and Don, Thinking about you both with heartfelt sympathy. You're both in my prayers.

Flowers were purchased for the family of Dorothy High. Send Flowers

Posted Nov 11, 2020 at 08:04am
Blessings to the family . Dart was another dear cousin that Will be missed ! not too long ago we discussed a cousin get together ..WE WILL ALL HAVE THAT REUNION ON THE OTHER SIDE ! May God bless you and the family Don.
Comment Share
Share via: 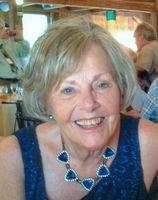 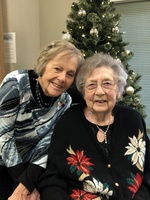 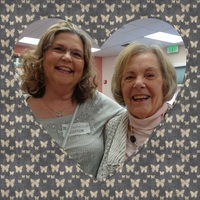