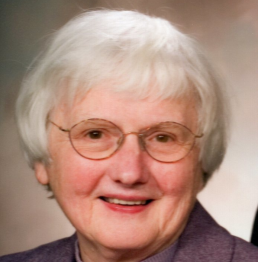 Doris J. Snader, 88, of New Holland, died Sunday, April 3, 2022 at her residence at Garden Spot Village. She is survived by her husband of 67 years, Paul M. Snader.

Born in Earl Twp., she was the daughter of the late Aaron and Esther (Snyder) Hoober.

Doris was a bookkeeper at John Sauder Auto Co. for over 40 years and a member of The Community Church at Garden Spot Village. She was also active with the Auxiliary of the Gideon’s International, Lancaster East Camp.

She was preceded in death by her two brothers, Mervin and Aaron Hoober.

A memorial service will be held on Saturday, April 9, 2022, at 2:30 p.m. at the Garden Spot Village Chapel. Friends will be received following the service. Burial will be private in Groffdale Mennonite Cemetery. Kindly omit flowers. If desired, memorials may be sent to Gideon’s International, Lancaster East Camp, P. O. Box 241, New Holland, PA 17557. The Groff-High Funeral Home, New Holland is in charge of arrangements.