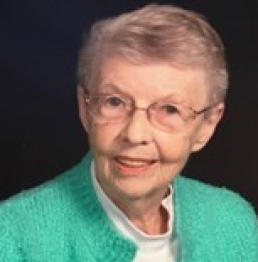 Barbara Hostetter, 86, of New Holland, passed away on May 21, 2022, at Lancaster General. Born in Dayton, Ohio, to the late Truman and Ruth Coy, she was married for 62 years to Milton Hostetter.
She grew up in New Holland and graduated from New Holland High School in 1954, from Harrisburg Hospital School of Nursing in 1957 before earning a B.S. in Nursing from Millersville University. She was the first school nurse at Garden Spot High school when it opened in 1959. After marrying Milton in 1960, she served on the faculty at Beverly Hospital School of Nursing, in Beverly, Massachusetts, before moving with him to Stony Brook, New York. For many years, she worked as a nurse at John Mather Hospital, for a private practice physician, and as a school nurse. She later served as the administrative assistant to the Head of School at the Stony Brook School, where Milton taught.
For more than fifty years, she and her husband were members of Setauket Presbyterian Church in Setauket, New York before returning to New Holland in 2011. She then became an active member at Leacock Presbyterian Church. She enjoyed travel and, in retirement, became a licensed travel agent, organizing travel groups for international destinations.
Barbara was predeceased by her son Douglas. She will be greatly missed by her husband, Milton; son Michael and his wife, Jan, of Roswell, Georgia; grandchildren, Erica Wood and her husband, Dillon, of Woodstock, Georgia; and grandson, Clayton Hostetter and his wife, Nicole, of Cypress, Texas. She also leaves siblings Judy Kurtz, of Lititz, Pennsylvania; David Coy, of Kansas City, Missouri; and Donald Coy, of Boyertown, Pennsylvania.
Friends and relatives are invited to a memorial service for her at the Garden Spot Village Chapel, 433 S. Kinzer Avenue, New Holland, at 2:00 p.m. on Saturday, June 25. Greetings with family beginning at 1:00. In lieu of flowers, memorial contributions may be made to the “MLK, Jr. Scholarship Fund” at the Stony Brook School, 1 Chapman Parkway, Stony Brook, New York, 11790.