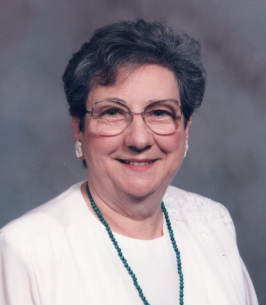 Arlene Elsie Skiles Hartranft, 95, formerly of Spring Garden, died May 17, 2022 at Garden Spot Village. She is survived by her husband Ralph Hartranft, Jr., whom she married May 1, 1948.

Arlene was the daughter of the late Roy J. and Ruth Baxter Skiles.

She’s a member of St. Stephen Reformed Church, New Holland. Arlene had made trips with another church’s youth group to Kentucky and Tennessee for Appalachia Service Projects. She served as Secretary and as a member of the board of Cross Links, Inc., a mission group sending humanitarian aid to Eastern Europe, and had traveled with this group in 1995 – 2004.

She was Past Worthy High Priestess of the former Alta Shrine #38 Lancaster; Past Royal Matron of Lancaster Court #70, Order of the Amaranth; Past Matron of the former Samuel Fear Chapter #417, Order of the Eastern Star, Honey Brook; and had been awarded the Grand Cross of Color for her work with the JoAnn Dissinger Memorial Assembly of Rainbow Girls in New Holland.

She began employment at the New Holland Machine Co. in 1943. She retired from Ford New Holland in 1981 during which time she had served as secretary for the Company’s Operating Committee and as secretary to George C. Delp. After retirement she continued to work for Mr. Delp until 1998.

Surviving in addition to her husband are granddaughters, Candice and Lisha and, four great-grandchildren
.
Her son, David K. Hartranft and brother Harry Skiles preceded her in death.

Funeral services will be private at the convenience of the family with interment in Pequea E. C. Cemetery. The Groff-High Funeral Home, New Holland, is in charge of arrangements.